Is there a way to let Tiled save our maps/stages as animated gifs when we import some gif images into them?

At the moment Tiled will only show the first frame for animated GIFs, and it can’t save a map as animated GIF.

Of course, it would be nice to support this, but Qt does not provide support for writing GIFs and while it does support reading of animated GIFs, importing those as animated tiles is non-trivial (and not a priority since I have never seen anybody use GIFs for tile animation). There is the following issue about export:

I hope that in future this my request be possible to create/make.

I hope that in future this my request be possible to create/make.

I hope so too, but it’s all a matter of time. I have two days/week for Tiled, and while it allows me to work on bigger changes, I’m still overwhelmed by more requests than I could possibly fulfill.

If you really need this feature, your best bet is to try implementing it yourself. Tiled is free software (as in you’re free to change it) and I’m available for questions.

Take the time you have and need and, when possible, make this possible.

Feel free to do what you think is right and better for everyone when time arrives. =]

Just wanted to double check if animated gif can be used in latest Tiled map editor?

Hi hi, is this feature being worked on? No pressure of course, just looking into making an animated map.

No, it is not being worked on.
You can still make an animated map by using Tiled’s animation feature (each frame of each tile would be a separate tile, and the animation assigned to a tile would consist of these different tiles), and you can export an animated map by using the tmxrasterizer utility that comes with Tiled and having it export the map with different time offsets to generate the different frames you need, which you can then stitch into a gif.

That’s fair enough, it’s a rather niche feature that would require mountains of work.
That alternative probably won’t work for my needs, I’ll just make do without. Thanks again!

Just note that somebody wrote a Python script that uses the tmxrasterizer to make a GIF: 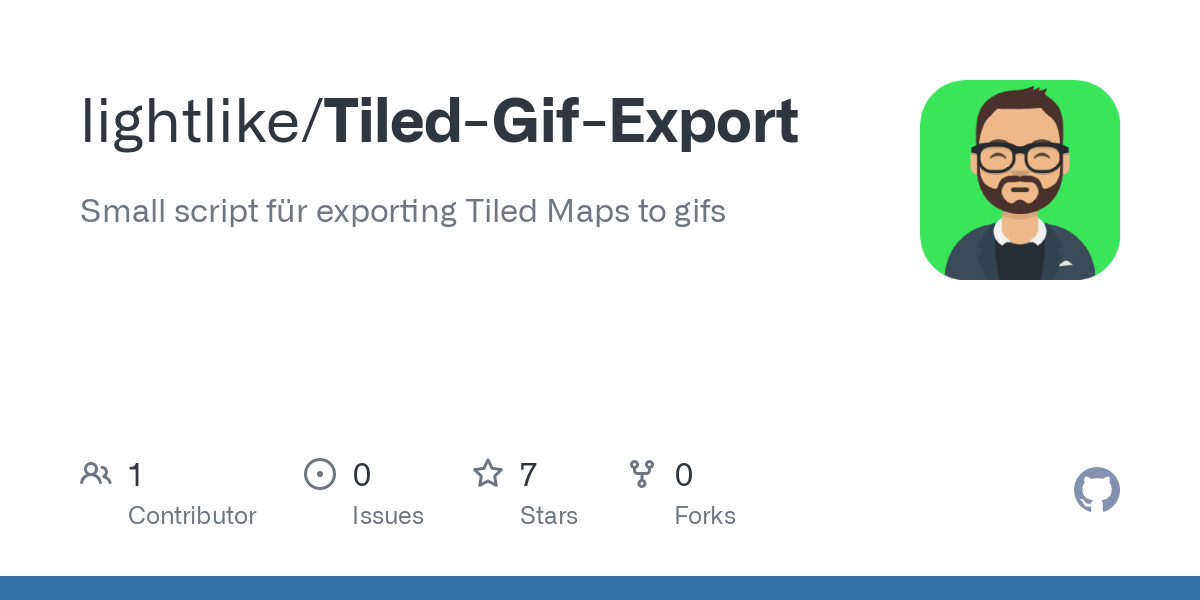 (there is a .exe release as well)