Which game engine(s) are you using with Tiled?

I’m trying to get a feel for what’s out there (in terms of game engines / render libraries) and specifically those that are popular with Tiled users. Please post your comment here which engine your are (or have been) using together with Tiled.

To explain: as I’m currently porting TilemapKit to C++ and Cocos2d-x I’m already starting to wonder where to go next - and I keep coming up either empty-handed or confused as to what would be most viable (it’s probably not the most obvious candidates).

So, any game engine you throw at me that might seem like a good idea to have TilemapKit support it, don’t hesitate, spit it out!

I am using MonoGame, which is the open source successor to and implementation of XNA.

I have already created my own custom parser if you need some code.

Right, MonoGame. Thanks for the tip! I always found this to be interesting, now more so since XNA is deprecated. I’ll post on their forums whether they’d like a port of TilemapKit. MonoGame seems like a better fit than Unity however if the code were already ported to C# that would make a Unity port more viable too.

EDIT: MonoGame users may want to check out this forum post or vote for the MonoGame port right here.

I am currently learning Unreal Engine, and I plan to start in 2D since I have more 2D assets and do not want to invest in buying 3D assets till I make something. I’m sure there are others that would use it if there was a tool for tilemaps. I have worked with XNA but have not yet ported it to Monogame, it is in my plans though.

Do you think (or know) whether 2D (and specifically tilemaps) is a thing for Unreal? In my perception, Unreal is the “Wow, awesome visuals!” kind of engine that would be wasted on 2D. Most popular 2D entry seems to be Paper 2D.

But judging by the forums, TMX is almost entirely absent and “tilemap” (when it does not refer to Unreal’s terrain map) mentions are rare. Which could mean there’s a gap to be filled.

Most popular 2D entry seems to be Paper 2D.

While Paper 2D comes with its own experimental Tile Set and Tile Map structures (along with its own map editor), it does allow importing a Tiled map using the JSON format (I don’t understand why these docs mention Tiled alongside Adobe Flash CS6, btw). I have not tried this, because the Unreal Engine was just taking too much space.

To answer the original question personally, I’ve normally written my own TMX parser and renderer in C++, based on Allegro, SDL (with OpenGL), QPainter (Tiled) and most recently Qt Quick (using the Qt Scene Graph). In terms of 3rd party libraries, I’ve played around with melonJS (HTML5), Love2D (with STI) and most recently Urho3D (a free and open source 3D engine which also has 2D primitives and native TMX support). I don’t think it makes sense to port TilemapKit to any of these engines, though.

I don’t think it makes sense to port TilemapKit to any of these engines, though.

Absolutely. Never heard of Urho3D, what a funny name. Sounds like a scottish castle on the outskirts of a Loch shrouded in a 3D monster mystery.

Scripting-language-based engines are generally not ideal targets for TilemapKit. Except for … maybe licensing TK to the engine devs. Hmmm, here’s an idea …

Thanks for mentioning Urho3D, it made me find this excellent pathfinding lib: 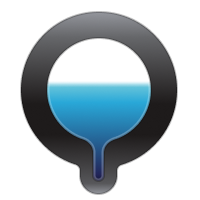 … and this Entity Component System: https://github.com/alecthomas/entityx

Although I’ve recently searched for libraries like these extensively, these are new to me.

Construct2. It has it’s own tile map editor as well.

I use it with Game Salad, making an old-school style RPG.

Since Bjorn added the ability to export as a CSV, it works fantastically as a tool for Game Salad (which can import tables from CSV data only).

The whole idea about editing gameplay data in Tiled is something of value, I always wanted that (and I believe there are several issues regarding that). Of course not being tied to a game or engine means that kind of data would have to be generic, but it could still be useful and saving time.

For all of the things you mention, you can use an object layer and place objects with custom properties, either plain/colored rectangles or images (tile objects). The main problem for you I guess, is that it won’t currently export as CSV and in general can’t because objects are positioned freely and can overlap. Still, if you avoid overlap and snap them to the grid, you could just ignore this and convert it to tile-based CSV data.

Well, its not an answer to your question, but its 2015 and I’m still using XNA. I started my own 2d engine to make a rpg a few years ago, and I’m so far in that I don’t want to spend the time switching to anything else :). Eventually Ill change it over to mono.

If you’re doing this solely for a hobby/passion (which I am, I’m a professional dev by day), then XNA/C# with XTiled to import TMX files is a dream.

I love XNA. Shame it’s been discontinued along with the Xbox Indie program. Such a great API, such promise. But I guess Microsoft realized they aren’t doing themselves a favor bringing in all the script kiddies’ games on the Xbox, where those apps compete for user’s time with AAA and XBL Arcade titles.

I’m hoping that MonoGame will grow in popularity to fill that hole.

I’m currently using Phaser 3! I am even working on a project to try and further integrate Phaser 3 with Tiled, and make world creation very quickly.

I also gave a presentation recently at a Web Development conference about this as well, which talks about Tiled in some places (but is primarily about game creation with Phaser 3)

Here are the slides: https://slides.com/jesseharlin/set-phasers-to-javascript